The Japanese authorities have issued arrest warrants for a former American special forces soldier and two other men who were accused of smuggling the ex-Nissan boss Carlos Ghosn out of Japan. Warren Bull reports.

Japanese prosecutors name three men, including a former US Green Beret Michael Taylor on the warrant. They also issued a warrant for Carlos Ghosn himself for illegally leaving Japan in December, reportedly in a music instrument case while awaiting trial. The man widely considered to have turned around the fortunes of Nissan is charged with under-reporting earnings, breach of trust, and misappropriation of company funds. The Lebanese justice system must now decide whether to extradite Mr. Ghosn to Japan, make him stand trial in Lebanon, his childhood home or not get involved in this contentious case. Mr. Ghosn denies the charges. Warren Bull reporting.

The body of a Mexican environmental activist has been found inside a well in the state of Michoacan, more than two weeks after he went missing. Homero Gomez managed a sanctuary for monarch butterflies which migrate from Canada and the US every winter. He had campaigned for years to preserve the pine and fir forests where the butterflies hibernate. 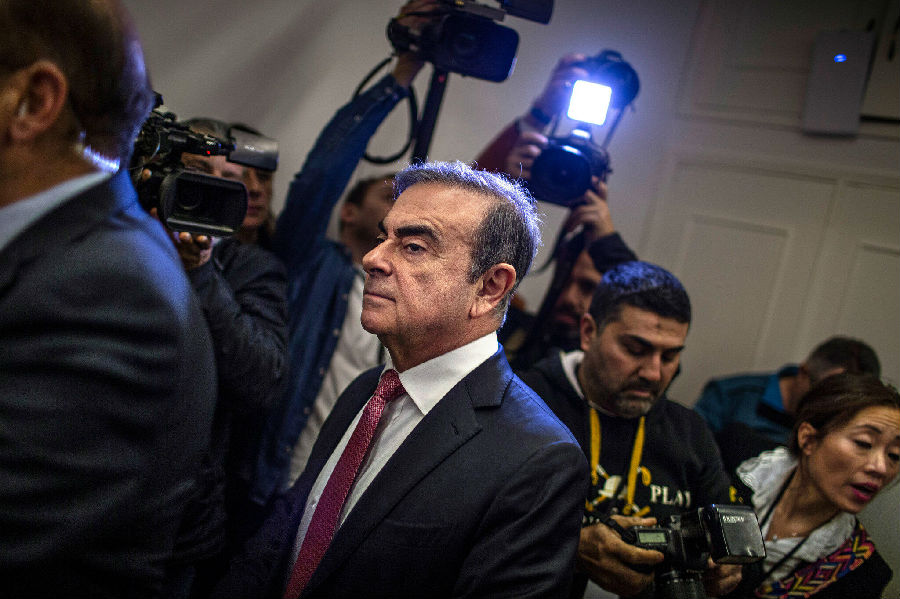 A lawyer for the former US National Security Advisor John Bolton has dismissed a White House claim that his new book contains classified information that must be removed before publication. The lawyer said nothing in a crucial chapter on Ukraine should be considered classified. The information is central to the Democrats impeachment case against Mr. Trump. It's led some Republicans to call for Mr. Bolton to appear as a witness. Senator Mitt Romney is among them.

I can't begin to predict what other senators are gonna do. I think each individual is gonna make their own decision. I don't think they're all settled, as a group or as individuals, as to exactly how they're going to vote. But I'd like to hear from John Bolton, and I think if you're gonna have one side call witnesses, the other side ought to be able to do the same.

The Canadian football captain and striker Christine Sinclair has become the first all time top goal scorer in both men's and women's international football with 185 goals. Megan Johnson is a journalist with the TSN SportsCentre in Toronto.

It's very exciting. I think all of Canada just thrilled to have such a monumental record be Canadian, and just the fact that, you know, Canada and soccer not exactly synonymous, you know, we're not exactly known for our soccer prowess, even though the women's team has been a top 10 contender for quite some time but yet just to know own this record, it's monumental for sure. The highest scoring man in international football is currently Cristiano Ronaldo, who's total is little over half that of Christine Sinclair.
In tennis, Garbine Muguruza of Spain has beaten Romania Simona Halep in straight sets to reach the final of the Australian Open. She will play Sofia Kenin of the United States on Saturday in an attempt to win her 3rd Grand Slam.